Smell the roses while we can

– But United States (US) economy keeps on strengthening

– Our Budget could be good for us!

Share markets were looking good all month until the last few days of May. Markets are strong because global growth and growth prospects are strong. Then the shenanigans in the Italian parliament caused some wobbles.The Big Picture

Italy is not particularly important in global growth and no one is suggesting Italy is threatening to leave the European Union. But when everything is looking good, a left-of-field event like choosing the leaders in the Italy coalition government suddenly makes everyone wake up. Act first, think later was the maxim!

Anyway, European markets and Wall Street fell by more than one percent on the news – but bounced back the next day. The immediate call was that the US Federal Reserve (the “Fed”) might now not raise rates as expected this year. That impacted bank shares, currencies and movements to safe havens, like US Treasuries over shares.

Anyone who remembers the European crises of the PIIGS countries (Portugal, Italy/Ireland, Greece and Spain) in 2011-2013 must smile at the reaction to this lesser beast. The worst now seems likely to be that fund managers stats for the month just ended might have suffered a tiny bruise.

On the positive side, a survey of USA CEOs reported that 71% thought the US was up for another three years of good growth. And then the OECD predicted two more strong years of global growth. That backs our view and reinforces our strategies for medium term investing (Forget the short-term. That’s for traders)

The Fed was on hold this past month and the question following the announcement, and then the Fed minutes, was how strong the economy is. It could easily take the two more hikes expected at the beginning of the year. But it might even be able to take an extra one because the economy was still strengthening. Hours after the Italian job, some were suggesting there may now only be one more hike this year!

US CPI inflation came in at 2.5% (but not its preferred “PCE” measure) which is above the 2% target. The Fed has assured us that it can handle inflation above 2% for a little while. There is no need for knee-jerk reactions. This is the stuff of a mature central bank that really is in control. The new chairman, Jay Powell, is earning his stripes.

The US 10 year Treasury (bond) rate hit 3.1% for the first time in years making that asset at last a viable alternative to equities. Then the Italian parliament postured! And the 10-year rate fell to 2.84%

On the face of it, our government’s Federal Budget looked good for growth and stability. The real point is, in this divisive era in politics, what changes will pass parliament?

The argument about cutting taxes for big corporates or low income individuals has been misguided. If tax cuts to corporates increases the pie to the extent that the lower income individual’s new slice of the pie is bigger than it would otherwise have been, that is the way to go. Of course, that is a complex question that requires some serious analysis rather than the divisive call for whom is the most deserving of tax cuts.

Trump placed sanctions on Iran and then had an on-again off-again relationship with North Korea over a Singapore Summit on its nuclear programme. Neither side can afford to look weak so bring on more posturing. Come August, or maybe sooner, global economic growth will be the main game in town again and all might look good.

Our ASX 200 had a solid month posting a total return (i.e. including reinvested dividends) of +1.1%. Consumer Discretionary and Healthcare stocks posted total returns of over 5%. The only big loser was the Telco sector as it fell about ?10%.

While our broad index is doing quite well, those sectors paying higher dividends have been losing capital value to offset the dividends being paid.

With the financial year drawing to a close, it is worth noting that the total returns for the broad index are up +9.4% while Financials are down ?2.4%, Telcos are down by ?26.7% and Utilities by ?16.4% so far. Obviously, therefore, some sectors are doing particularly well. For example, Materials, Consumer Staples and Healthcare sectors are all up over 20% in the financial year to date.

The US S&P 500 and the London FTSE both posted capital gains of 2.2% in May. The world index was almost flat with Japan’s Nikkei and Emerging Markets going backwards.

For much of May, our market did not follow the overnight leads as closely as it often does.

The RBA, Fed and Bank of England were on hold in May. The US 10-year Treasuries’ yield hit a multi-year high before retracing quickly to 2.84%.

The probability of a Fed rate hike in June fell from a near certainty to around 70% on the Italian political news. But, since that murmur has passed, it will probably get back close to a certainty before the June Fed meeting takes place. It is starting to look like we will now get three hikes this year (as they stated in December) rather than the more bullish four many predicted a few weeks ago.

There were no major upheavals in the main commodity prices as they affect Australia. Oil prices have stayed high while the Iran sanctions take hold.

While the rest of the world seems to be going gangbusters, our slightly sluggish growth is not what it could have been with a less divisive parliament. Our unemployment rate kicked up a notch to 5.6% while the US’ rate is down to 3.9% – the lowest this millennium – and the OECD rate is the lowest since 1980.

Our Budget might do something good for the country if it is enacted but much of it probably won’t get through parliament. Everyone else is cutting company taxes while there is big support for not doing so in this country. Are we the only country that knows what is best?

Regular readers of this column might recall that we have had an almost unwaveringly positive view about the China economy and its future. Meanwhile there have been a number of periods of intense scepticism from the so-called ‘China bears’.

The hibernation of those bears now means that China economic data releases no longer get as much attention. We keep our ‘eyes on the prize’ and all seems well. This China strength is arguably the reason that the Australian resources gave our more domestically focused stocks a good hiding in the current financial year.

And with the ‘One belt one road’ initiative and stability in the China political hierarchy it might be hard to keep up the enthusiasm for this section of the economic update. It could be become a repetitious ‘all is good’ section!

So the latest Purchasing Managers Index (PMI) for manufacturing smashed expectations at 51.9 (against an expected 51.3) and the services PMI was a blistering 54.9. A simple ‘50’ is a call for growth.

There is increasing support that the US economy is strong – if not getting stronger. Retail sales were good and the Fed’s comments were supportive. That US inflation creeping above its target rate is encouraging. The US unemployment rate was down to 3.9% which is the lowest since the year 2000.

The so-called ‘Beige book’ just came out from the Cleveland Fed. It gave an upbeat report across the regions of the USA. It gave a big plus to manufacturing – President Trump’s special child

If it wasn’t for the latest political machinations in Italian politics – and they seemingly have had this sort of government for decades, if not longer – the focus would be on Brexit and Trump tariffs on German cars.

Neither negotiations are going well but we are firm believers in the notion that it is in everyone’s interest to get a good outcome without losing face. Perhaps without TV there would be less posturing.

Germany did report some very good wages growth above price inflation but the UK’s Q1 economic growth was low – but possibly because of the really bad weather that was called “the beast from the east”. Bank of England Governor, Mark Carney, played that card.

Europe is on track but journalists will always find something to beef about!

The news from Malaysia that the new Prime Minister just sworn in is 92 years of age caused some surprise.

Importantly, North Korea seems to be coming to the table on nuclear disarmament talks with the US. Of course, Kim Jong Un can’t afford to come quietly. And nor can Trump. It is entirely possible that Trump will have pulled off the negotiation of the decade – if not the millennium – with his “my button is bigger than yours” face-off.

Argentina’ central bank hiked its reference interest rate to 40% (there is no missed decimal point between the “4” and the “0”!) and Turkey hiked its rate from 13.5% to 16.5% in one go. Both are trying to protect their currencies. Any economic problems we have are mild by comparison.

The best news is that the OECD called another two years of strong world growth – at around ‘cruising speed’ of 4% p.a. and the OECD unemployment rate is at the lowest since 1980.

Of course, one day another global recession will arrive but, in the meantime, why not just smell the roses. 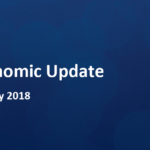 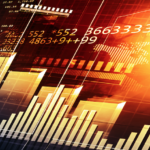