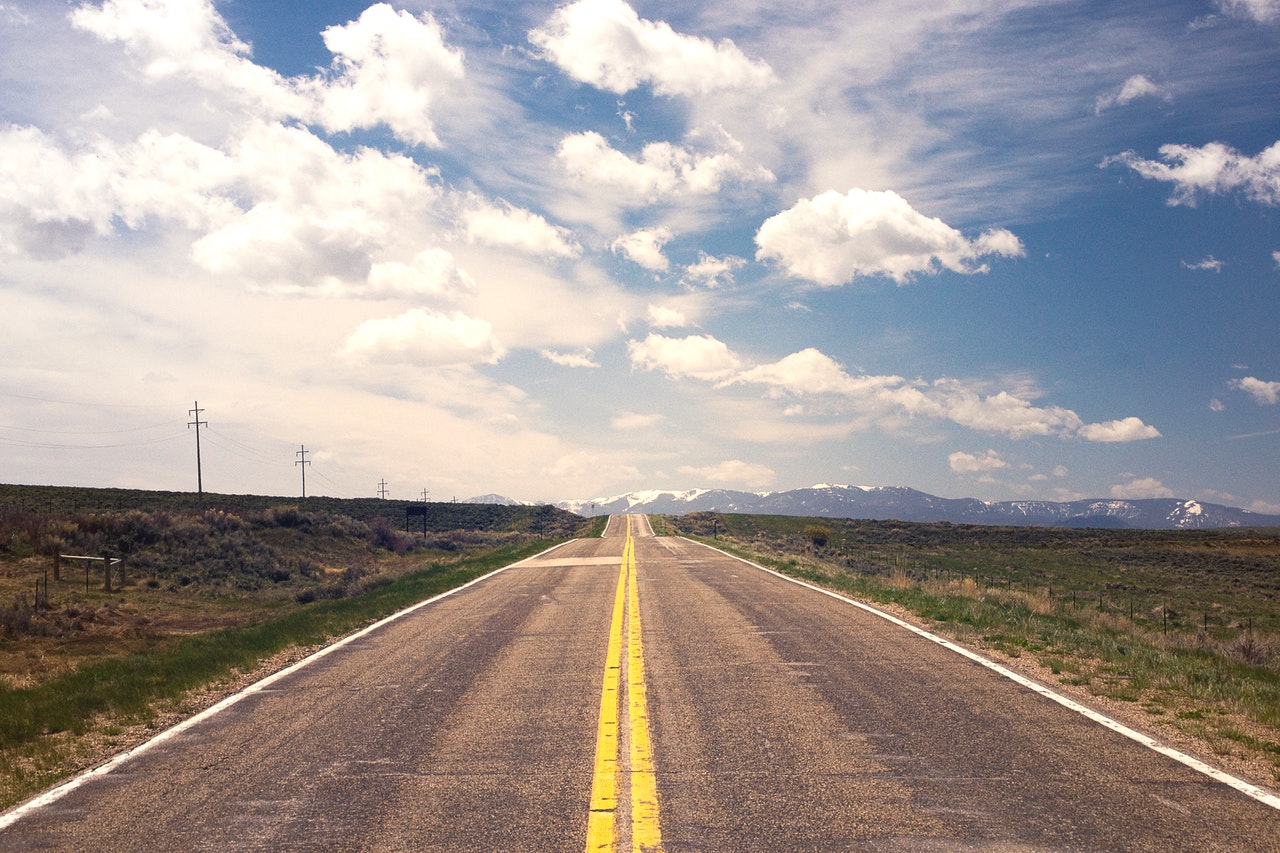 Within this month’s update, we share with you a snapshot of economic occurrences both nationally and from around the globe.
US election and COVID-19 dominate market activity:

– China’s reported economic data remains resilient
We hope you find this month’s Economic Update as informative as always. If you have any feedback or would like to discuss any aspect of this report, please contact our team.
The Big Picture

COVID-19 infection rates continue to ebb and flow in different parts of the world. At the end of October Victoria removed some significant lock-down restrictions. But, in Europe and the UK increased infection rates have caused the re-introduction of lockdowns. The US continues to struggle in deciding how best to manage the virus especially as the US presidential election came to a head.
The combined impact of the election and the virus elevated risk towards the end of October but our ASX 200 finished the month in strongly positive territory. The same was not true for the S&P 500.
Since the outsized falls in economic activity observed in the first two quarters of 2020 were caused by public health restrictions on business and consumers, lifting such restrictions was always going to cause seemingly strong growth during the recovery.
US GDP growth in quarter three, released at the very end of October, was a record +33.1% annualised rate. There are two major distortions in reporting this figure. Firstly, the US annualises its quarterly growth using the compound interest formula. This scaling up makes no sense when the quarterly data are volatile as they are at the moment. The ‘raw’ quarterly growth was a more modest, but still massive, +7.4%. The second distortion is due to the apparent amplification of growth rates stemming from recovering from a very low base.
Given that the US election was scheduled to occur five days after the growth data were released, the distorted data might have been able to be misused in the campaign. However, at that point in time more than 80 million postal votes had been received – which translates to about 60% of the total turnout in the 2016 election. Clearly the turnout of US voters this time around will be significantly greater based on the magnitude of the pre poll votes.
While Biden seems to be a clear front-runner we know from recent elections and referenda that the polls can be misleading. But what is unusual about this election is that it is generally agreed that there is a significant chance of the election results being contested. That means that we should reasonably expect market volatility might continue at least through to the mid-January when inauguration of the President takes place.
If Trump is elected and the Republicans hold the Senate, we might expect a continuation of the last four years’ policies. If Trump is elected but the Democrats win control of the Senate it might be very difficult for the US economy to move ahead smoothly as the Democrats use control of the senate to frustrate the policies of president Trump and the Republican congress.
If Biden wins without taking the Senate it might be difficult for him to put his ideas into action as it was for both Obama and Trump. A so-called ‘blue wave’ whereby Democrats keep the lower house, win the Senate and the White House could bring stability more quickly but what of the policies?
Biden has said he “will move to control COVID” on “day one”. He hasn’t given any insight into how he would achieve control other than he would “follow the science”. Given that the virus wreaked havoc across the world, science doesn’t seem to have produced economically and socially-acceptable outcomes in most places. A problem will occur if Biden tries to introduce lockdowns against the public will.
Biden is also likely to increase taxes on both individuals and corporations. That may help counteract income inequality but would probably dampen aggregate economic growth. As a result, he might delay his tax policy or water it down so as not to disturb an economy that hasn’t yet broken free from the impact of COVID-19.
US retail sales and labour market data were strong in the latest month. All-in-all the US economy is looking to be almost out of the woods – other than the fact that they haven’t been able to agree on the next stimulus package to offset the impacts of the pandemic. If stimulus does not come soon, the US economy may weaken.

China, from where the coronavirus emanated, has an economy that is more or less back on track. Its September quarter economic growth was +4.9% over the year or +2.7% over the quarter (which would equate to +11.2% using the US-type calculation for an annualised figure).
China’s retails sales beat expectations at +3.3% (compared to +1.8% expected) as did industrial output (+6.9% compared to +5.8% expected}. The Purchasing Manager’s index was also comfortably above the 50-dividing line at 51.1.
In Australia, our unemployment rate went up one notch to 6.9%, 22,900 jobs were lost. Since, in the previous month, there was an impressive 111,000 new jobs created we view the trend in jobs growth to be quite solid.
Our inflation rate did pick up sharply after the childcare subsidy was removed. At 1.6% for the quarter but 0.7% for the year, inflation is still quite weak and will not be a trouble to Reserve Bank (RBA). Indeed, the RBA has cut its overnight interest rate from 0.25% to 0.10%. Despite this, which will be supportive, there is in fact little the RBA can do – it is all down to the fiscal policies the government produces.
The Federal Budget was brought down in October and produced an estimated budget deficit of $213.7 bn. Following a modest surplus in 2019/20, the current deficit flags a big attempt to stimulate the economy on a number of fronts. It also appears that the government may add more stimulus if it transpires that this tranche is not enough.
The government debt is predicted to exceed one trillion dollars during the following fiscal year. With interest rates so low, that is not a serious problem unless rates suddenly start to rise. It is important to try to regenerate economic growth and recoup some of the debt through the natural increase in taxation flowing from growing incomes and profits.
The European economy continues to struggle and the European Central Bank (ECB) is considering adding further stimulus. Brexit remains a problem and the UK sovereign credit rating was downgraded one notch by Moody’s to Aa3 from Aa2.
With the Chinese economy strong and the US economy moderately strong, albeit with heightened coronavirus risk, they provide a reasonable base for the Australian economy. With the co-ordinated monetary and fiscal policy at home, we are modestly optimistic for the medium-term economic future of Australia.

The ASX 200 rose during October in spite of elevated volatility sourced from the coronavirus and the impact of the US elections.
Much of this growth was buoyed by the resurgence in the share prices of the big four banks following the government’s relaxation of certain restrictions on lending standards.
Foreign Equities

The S&P 500 had the biggest one-day fall since June on the penultimate trading day of October. However, there was a sharp bounce back the following day. The VIX’ ‘fear’ index also jumped and we do not expect the market to settle down at least until after the US election is over.
There have been a number of spectacular ‘beats’ by companies of their forecast earnings so far in the September quarter reporting season. We believe this situation was caused by companies and analysts being overly pessimistic in write downs of earnings early in 2020. Importantly, December quarter expectations have been revised upwards but some big companies declined to give ‘guidance’ for earnings in 2021.
There has been a lot of focus on the mega-cap tech companies and many of these easily beat expectations. However, the share prices of Facebook and Twitter went in opposite directions on their news. Twitter beat earnings’ expectations but missed on the growth in the number of users, so its share price was hit hard in after-hours trading.
Bonds and Interest Rates

The RBA cut its overnight interest rate to 0.10% from 0.25%. It now has no more ammunition left on that front since negative rates have largely been ruled out. It can, however, attempt to influence longer term rates such as the three-year rate.
The US Federal Reserve is all but done on its policy initiatives. It is accommodating fiscal policy that is needed to combat coronavirus until effective vaccines and treatments are widely available.

The price of oil and our dollar against the US dollar fell in October. Gold prices fell a little as did the price of iron ore.
Regional Review

The Federal Budget was handed down in the first week of October. It was quite stimulatory with modifications and additions to the previously launched Jobseeker and Jobkeeper programmes. It also cut income taxes for some individuals and announced an increased spend on infrastructure.
The jobs data released in mid-October refer to the month before the budget. It showed that the unemployment rate climbed one notch to 6.9% and 29,500 jobs were lost. The government initiatives might help reverse that soft result and help the labour market continue to recover.
CoreLogic announced that capital city house prices reversed the previous falls, except in Melbourne, which had been in lock-down.
Consumer prices rose sharply in the recent quarter by 1.6% but this gain was largely due to the reversal from the previous quarter resulting from the childcare subsidy being granted and then removed. Over the year, CPI inflation stood at 0.7% which was well below the 2% to 3% target range of the RBA.
China

The economic recovery in China continues. The latest economic growth data was a slight miss at 4.9% compared to an expected 5.2% over the year however the quarterly growth was a very respectable 2.7% for the quarter.
Retail sales and industrial output both exceeded expectations but fixed asset investment met expectations at a very modest 0.8%. With there being excess capacity in China, renewed asset investment is not yet required.
US

The US election has dominated market attention in recent months. Both sides made all sorts of claims in the presidential and vice-presidential debates which might come back to haunt them.
Biden stated that he ‘will shut down the virus” and that this will be his mission “from day one”. While this is a laudable objective it is all but impossible without effective drugs to combat the virus. Trump continued his often-unsubstantiated claims.
It was reported that there were 661,000 new jobs created in the previous month. While this is about three times a typical strong month before the virus it shows substantial slowing down of growth during the rebound. Around 10 million jobs lost in the shut-down are yet to be replaced.
The future of the US economy is still up to how the virus impacts public health and policy – and the outcome of the election, particularly if the outcome is contested. But, thus far, the rebound in 2020 has been considerably stronger than most people predicted in the early months of the pandemic.
Europe

The UK government continues to struggle to resolve the Brexit deal before the end of the year, However, the dire predictions of a ‘hard Brexit’ a couple of years ago are largely gone. The ECB is considering further stimulus measures as France and Germany go back into lock-down.
Rest of the World

South Korea, swift to react to the pandemic, posted a September quarter economic growth figure of 1.9% beating expectations of 1.7%. For the year, growth was down at  1.3% but again better than expected at  1.9%.