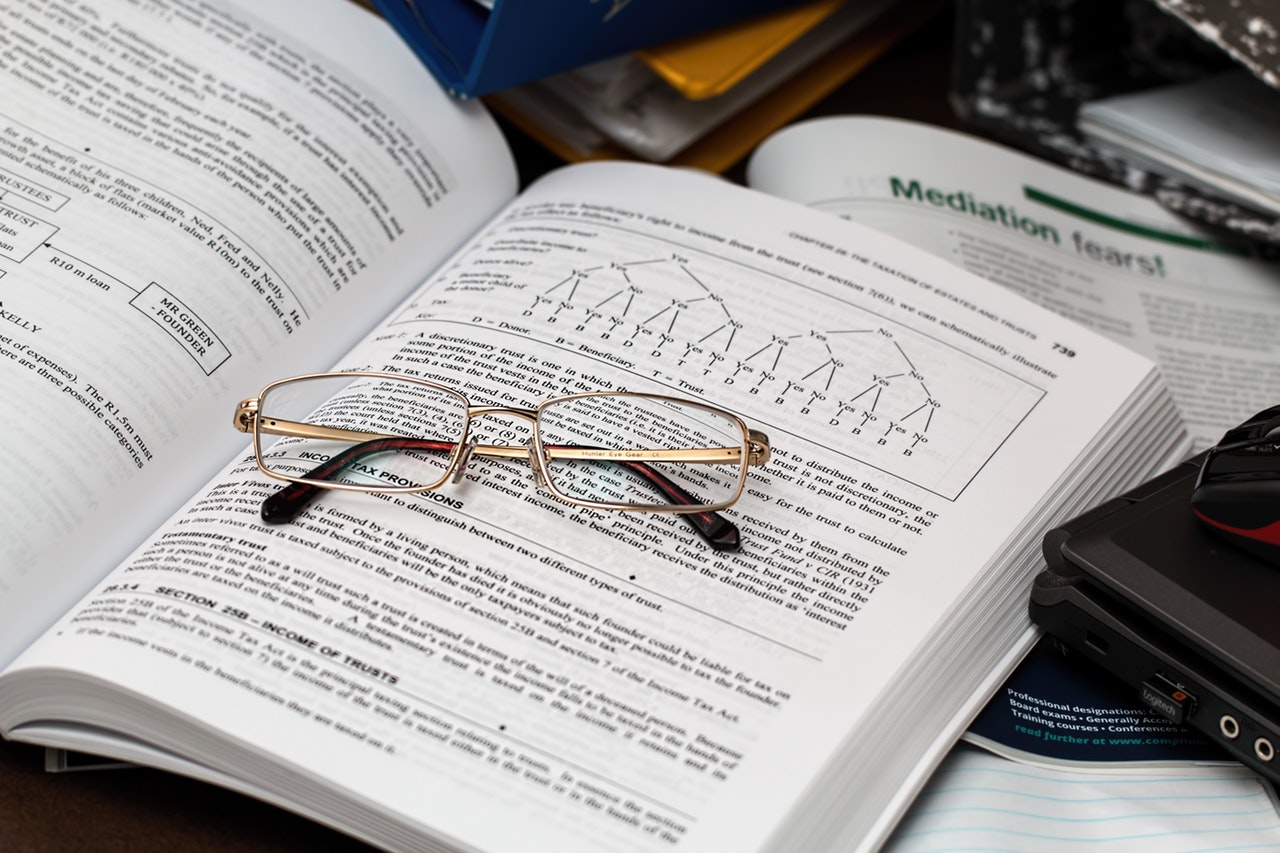 Up until near the end of November, most of the market chatter was about the persistence of inflation – or otherwise. Central banks – in particular, the US Federal Reserve (the Fed) – were insistent that inflation was likely to be above target levels only for a short time.

The start of this inflation ‘blip’ coincided with the lifting of the US COVID restrictions but it was subsequently fuelled by supply-chain blockages and energy price inflation. There is little doubt that most central bankers are now getting nervous.

The Reserve Bank of New Zealand (RBNZ) has already hiked rates twice in this cycle – the first country in the developed world to do so. The Czech central bank just did its biggest rate hike in 24 years. The Bank of England looks set to raise rates very soon.

The Reserve Bank of Australia (RBA) had been saying that it didn’t expect to raise rates until 2024. It removed reference to that year in the latest minutes but it did end its so-called ‘yield curve control’ by which it attempted to hold down medium-term bond yields of two to three years in duration by buying bonds (by buying bond the RBA kept upward pressure on bond prices which move in the opposite direction to yield i.e. higher bond prices equals lower bond yields).

President Biden nominated Jerome Powell for a second four-year term as the Fed Chair – rather than recommend Lael Brainard, the other favoured candidate, giving her the Vice Chair instead. Brainard is thought to be more dovish. That is, Brainard was more likely to put off hiking interest rates.

The market, as measured by the CME Fedwatch tool, now expects one to four interest rate hikes by the Fed in 2022 with very high probability. Previously the Fed had been leaning towards 2023 for the first hike – or possibly just one at the end of 2022. It has already started the tapering process of reducing the bond-buying programme. Indeed, it is already talking of speeding up that plan.

Our position throughout this debate has been that raising interest rates would not reduce supply-chain blockages or energy prices. Monetary policy is not the way to tackle these problems. Biden has been trying to improve the landing and distribution of containers arriving at US ports.

At the end of November, the game changed. A new strain of COVID-19, labelled Omicron by the World Health Organisation (WHO), sprung onto the scene in Southern Africa. The ASX 200 fell sharply on the news last Friday (and again on the open of the following trading day) and Wall Street fell in tandem on that last Friday. However, during Monday’s trading, US futures were strengthening and our market responded positively. Wall Street was buoyed by Biden’s comment that a fresh lockdown was unlikely. The S&P 500 roared to life and the ASX 200 followed suit on the last day of November. But Powell burst that bubble the next day in his Senate hearing testimony. He spoke of the need to discuss a faster tapering of the Feds bond buying programme and markets did not like that.

There have been 12 previous strains given names by WHO before Omicron but only Delta has caused heightened concern since the original Alpha variant. It is far too early to judge how Omicron will affect public health but many countries swiftly moved to close borders.

The Netherlands and Austria had already gone into forms of lockdown prior to Omicron being brought to our attention owing to increasing infections from the Delta variant. The USA also put Germany and Denmark on ‘no fly’ lists.

One good thing to come out of this latest scare is that oil prices fell very sharply which may help contain global inflation fears.

We have held the position since early in the pandemic that we should ready ourselves for ‘aftershocks’ as new outbreaks or lockdowns arise. It is quite possible that this new more transmissible variant will not worsen the severity of health outcomes. Markets are just taking precautions. The scientists say that it will take some time to assess the effectiveness of current vaccines against Omicron.

The possible good news being floated in some quarters is that Omicron might indeed be more transmissible but less severe and so the unvaccinated will rapidly build up some immunity at low risk. Of course, it could turn out that Omicron is worse than Delta. It will take time to follow cases and produce statistical analyses. So far there have not yet been significant reports of more serious health issues.

We feel almost certain that this will not be the last pandemic-related scare in this round of COVID-19. Prudent investors should be positioned to withstand market volatility.

Our market was, perhaps, more nervous about the Omicron news since market analysts knew that our quarter 3 (Q3) GDP growth number would be released on December 1st and that it would be bad. The ‘whisper number’ was a substantial decline  3%, its magnitude due to the prolonged lockdowns during the period.

Although expectations are meant to be factored into markets, it is common for such really bad news, even if it comes out as expected, the news release would cause at least a little extra volatility.

Growth came in better than expected at  1.9% for the quarter and the market barely reacted. The household savings ratio jumped from 11.8% in Q2 to 19.8% in Q3. Presumably, people had less reason, or less opportunity, to spend given the size and length of the lockdowns. This bodes well for a Q4 bounce as people get back closer to normal – Omicron notwithstanding.

Our latest retail sales growth figure was particularly strong at 4.9% for the month. Our unemployment rate did rise from 4.6% to 5.2% but that was more due to a statistical aberration in the previous month. We lost 46,000 jobs and one million hours of labour. The economy has a long way to go before we could pronounce a strong and stable labour market at full employment.

Our Q3 data were greatly affected by the long Sydney and Melbourne lockdowns and other restrictions. Without Omicron we were looking forward to a reasonable Q4 and a good 2022. We still expect a bounce back in Q4 but we need to know more about Omicron before we can reasonably reset our forecasts.

US data were generally strong. 531,000 jobs were created and the unemployment rate was reasonable at 4.6%. Wage growth for the month was high at 0.4% reflecting the incentives being offered to get people back into the workplace.

A variety of US wholesale and consumer price inflation data were published and all were on the high side. US retail sales rose 1.7% just for the month but consumer confidence was at a 10-year low.

Biden signed the $1.2 trillion infrastructure package into law and the more general $1.75 trillion economic and climate change package moved through the House. These packages will help boost the economy through 2022 and beyond.

The new puzzle is to work out what will happen because of Omicron. It could mean little change from our previous forecasts. However, it could slow down people wanting to return to the workplace. It could also mean that supply-chain blockages could continue or even get worse – this is Fed Chairman Powell’s current fear.

Previously we reported that the Chinese economy had been slowing down. This last month saw retail sales and industrial production beating expectations. This improvement might mark the beginning of the move to return the economy to strength. However, so far, the improvement is only slight. The China manufacturing Purchasing Managers Index (PMI) crept back up above the 50 mark indicating mild expansion as opposed to contraction denoted by a level below 50. The expectation was for a reading of 49.6.

A week or two ago we were expecting to write a fairly optimistic economic update for the year ahead. Now, we must put our enthusiasm on hold until we find out more about the Omicron variant and governments reaction to it.

Scientists are not going into panic mode and neither should we. Given the last two years of the pandemic it is simply prudent to react first and adjust back to something more ‘normal’ as the real impact becomes clearer. We’ve had a great year to date in share markets. While visibility in to 2022 is clouded, at this point we anticipate a continuation of positive equity markets returns but at a more measured pace than we have experienced in 2021.

It is no surprise to see that energy sector ( 8.4%) was well down given the dramatic fall in the price of oil. Financials were possibly down on margin expectations as interest rate hikes were being factored in.

After a volatile month, including a record daily fall for the year, the S&P 500 finished down only  0.9% over November. The European, Japanese and Emerging Markets major indexes were down between  2% and  4% over October. The S&P 500 is up +21.6% year-to-date whereas Emerging Markets were down  2.8% over the same period.

Australian 10-year bond yields started November at 1.80% but drifted down closer to 1.7% at the end as inflation and rate fears subsided.

The Fed tried to reassure markets that the pace of rate hikes will be slow and steady. Pressure is building up to end tapering before the mid 2022 plan and maybe even start hiking rates at the same time.

Omicron might have put some plans on hold but the mood has definitely changed. However, it looks unlikely that US Treasury yields will rise sufficiently to worry equity investors as an alternative asset anytime soon.

The prices of oil fell sharply (Brent  16%, West Texas Intermediate crude  21%) over November as airlines would have to scale back operations again. The price of iron ore fell again and settled down at well below $100 per tonne but rallied in the last period back above $100. Gold and copper prices were relatively flat. In the currency market the Australian dollar fell by more than 5% against the US dollar.

The Australian economy is emerging from the effects of lockdown but the lag in the quarterly data makes the September quarter GDP growth at  1.9% out of sync with the optimistic, latest monthly retail sales at 4.9%.

The Westpac consumer sentiment index was only marginally stronger at 105 but both NAB business conditions and business confidence indexes improved and sit at reasonably optimistic levels.

Our labour force data were mixed. The unemployment rate rose to 5.2% from 4.6% and 46,000 jobs were lost. Wages growth over the year was up 2.2% with 2.4% for the private sector and 1.7% for the public sector. Wages did not keep pace with price inflation.

China’s economy may have turned the corner. Both retail sales and industrial output beat expectations but they were only marginally stronger than the data in the previous month.

The manufacturing PMI (50.1) surprised forecasters whose estimates averaged 49.6. This index a month before was only 49.1.

While accommodative monetary policy starts to get dialled back, fiscal (government spending) policy is on a tear. Nevertheless, Biden continues to do poorly in the polls. His polling puts him as the most unpopular US president during their first year – other than Trump! It was also announced in two separate polls that Trump would be ahead of Biden if they both were to run in 2024. We see this not as a boost for Trump but as an indicator of the depth of the division between electoral groups across the US.

EU inflation was 4.1% and it was 4.2% in the UK. With big spikes in COVID-19 infection rates across Europe, a wave of new restrictions has started.

Latest news reports that the Omicron variant was in the UK and the Netherlands before the announcement in South Africa and before travel restrictions were put in place. Masks are now compulsory again in the UK on public transport and elsewhere.

South Africa has called for help from developed countries to help them and others secure COVID vaccine supplies – rather than just place seven Southern African countries on ‘no fly’ zones. Until much of the world is vaccinated, or has gained natural immunity from infection, the problem will not go away.