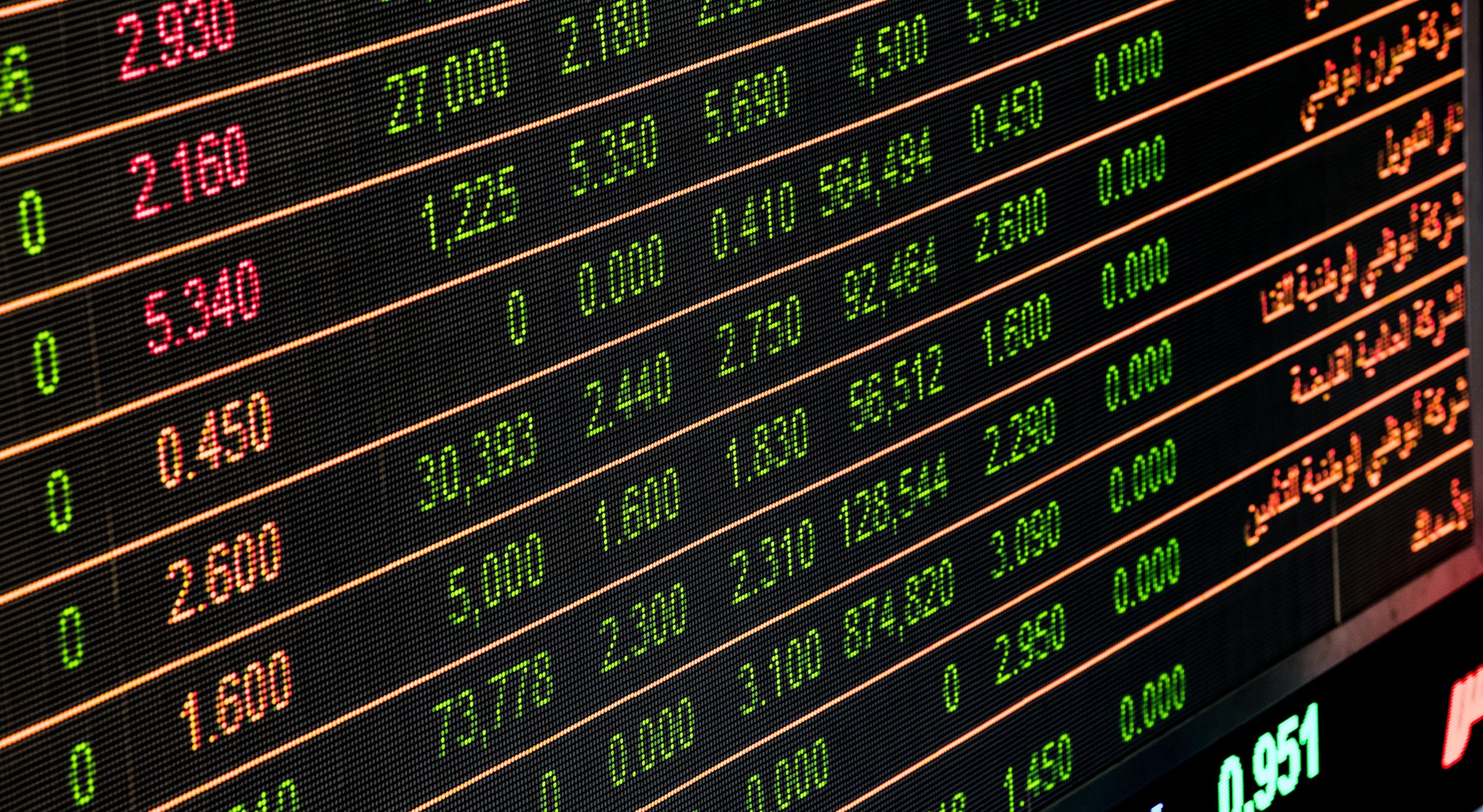 The rally in equities continues

– The ASX 200 and S&P 500 both posted four months of positive returns
– COVID vaccines are under development and undergoing trials in many countries, expectations are that they may be available in early 2021

– China economic data are getting back to pre-COVID levels

Equities listed on the ASX 200, Wall Street (S&P 500), the world and emerging markets indices all posted a fourth successive month of positive returns in July – although the ASX 200 gave up much of its July gains on the last day.

The S&P 500 just posted its best July gains in 10 years – an impressive +5.5%. Much of the recent gains on this index can be attributed to the mega-cap tech stocks including Amazon and Facebook. Indeed, if the tech stocks are stripped out of the S&P 500, its performance has only been modest.

Reporting season, when companies reveal their latest balance sheets and outlooks for the future, is well under way in the US for the June quarter. Reporting season is just about to start in Australia for the half year.

There have been some blockbuster corporate earnings reports on Wall Street but also a number of big misses. Success and failure have been roughly aligned with the ‘stay-at-home’ stocks like Amazon and Netflix vs COVID shutdown economies such as Airlines and hospitality stocks. Facebook and other internet companies have largely done very well – as have a number of the drug companies. The obvious suspects for entertainment outside of the home continue to struggle.

With many regions re-introducing opening restrictions on restaurants and bars to counteract the second wave, the global economy will struggle to get back to normal anytime soon. However, there are some bright spots.

China posted a massive 11.5% for June quarter economic growth against an expectation of 9.6%. On an annual basis, the outcome was obviously more modest at 3.2%. China trade data beat expectations on both exports and imports. The purchasing managers indexes (PMI) a measure of input demand, for both manufacturing and services were also strong.

While the US posted a widely expected large negative growth figure for GDP, retail sales are almost back to where they were before the COVID virus spread to the US.

Australia created 210,800 new jobs for the latest month but all of these were part-time. Indeed, full-time jobs actually went backwards. The unemployment rate came in at the expected 7.4%. The Reserve Bank of Australia (RBA) stated that its general economic outlook had been too pessimistic earlier in the year. It still expects unemployment to be 9.3% at the end of 2020 which is well below the peak experienced in the last recession nearly 30 years ago.

Australian inflation was reported to be  1.9% for the latest quarter – the lowest result in over 70 years. However, there were very special circumstances to explain this fall in prices. Childcare had become free for many and oil prices plummeted which created a big fall in petrol prices. Since the price of both of these items will likely ‘return to normal’ in the current quarter, a very large positive inflation figure is likely next time around.

It is important to note that the RBA’s preferred measure of inflation, that removes wild fluctuations in some items, was a much more modest  0.1% for the latest quarter – almost flat.

The European Union (EU) announced a 750 bn euro stimulus package to support COVID-affected people and businesses. The US senate republicans laid out a $1 trillion package for a similar purpose. Given their system of government, the republicans must now negotiate with the democrats before it can become law. This will delay the outcome somewhat.

At home, our government is extending economic support under a modified JobKeeper and JobSeeker scheme. One problem that was identified here and overseas is that some people were financially better off by not working. Law makers are trying to address this issue so that people are incentivised to go back to work.

Interestingly, in Australia a large number of people entered the workforce as unemployed in the latest data. The opposite of this behaviour is often referred to as the ‘discouraged worker effect’ as recessions loom and people give up looking for work. Perhaps we should refer to recent moves in data as an ‘encouraged worker effect’!

Also, on the bright side, at least three companies in the US are building up a stockpile of COVID-19 vaccines in anticipation of their drugs being validated by current clinical trials for approval by the US authorities. A similar situation is occurring in Queensland and the highly publicised Oxford university project.

Usually, clinical trials are completed before production commences because of the risk of wasting money on the production of drugs that turn out to be unsuccessful. The current ‘parallel production processes’ have been made possible by government financing. No corners are being cut in developing vaccines. The stocks of ineffective or bad drugs will be destroyed if and when appropriate.

Therefore, the 12-18 months minimum lead-time for vaccines that we reported on a few months ago has been dramatically reduced by these public-private partnerships. Given the number of different vaccines being developed, we think it is quite reasonable to expect one or more vaccines to be on the market from the end of this year. If that happens, we also expect stocks markets to rally from wherever they are at the time.

In the interim, governments are only seeking partial lockdowns; stockpiles of masks and respirators are being built; and medics are better informed about tracking and treating those so infected. We are hopeful that further success in vaccine trials in conjunction with ongoing government support will see the second half of 2020 faring better economically than the experience of the first half.
Asset Classes

The ASX 200 had a positive month in July (+0.5%) in spite of losing more than 2% on the last day! Normally companies ‘confess’ in the weeks before the reporting seasons of August and February so that they cannot be accused of misleading investors when adverse figures are expected.

Confession season has been relatively quite this time around as much of the ‘confessions’ were made earlier in the year as the lock-down came into force. Therefore, we do not expect as much short-term volatility from any poor results as we might normally expect. Weaker results have largely been priced in.

Growth stocks, as opposed to value stocks, continue to dominate ASX 200 returns. We think that this momentum will continue at least for a little while.

The S&P 500, the world index and emerging markets all performed well in July – for the fourth month in a row. Indeed, July’s +5.5% on the S&P 500 marked the best July result in 10 years! The tech sector continues to dominate Wall Street’s performance and this is likely to continue as most of the big tech companies beat expectations at the end of July.

Interestingly, at just over half way through the year and after a sharp sell-off in March, the S&P 500 index is already close to where the consensus expected the market to finish 2020.

The US Federal Reserve (Fed) concluded its major meeting at the end of July with interest rates on hold and a statement that policy will err on the side of expecting poor results. Markets liked this, and initially rallied. The shorter-term US interest rates are now quite depressed with maturities out to 3 years all about the same, close to zero. However, for 10-year government bonds the yelled is 0.55%.

The RBA was also on hold and stated that, in hindsight, it was too pessimistic about the economy earlier in the year. Rates continue to be expected to be lower for longer.

The major commodities did quite well in July. Gold prices rose to close to $2,000 largely on the back of a weaker US dollar. Copper, iron ore and oil prices firmed which bodes well for the Australian resources sector. The Australian dollar firmed against the US dollar but not against other key currencies such as the UK pound sterling.
Regional Review

210,800 new jobs were created when ‘only’ 112,500 were expected. All of the new jobs were part-time. Full-time jobs were lost in June. These data points are consistent with restaurants and bars re-opening at less than full-capacity.

93,600 more people were unemployed at the end of June compared to the beginning. This figure is not at odds with the 210,800 jobs created. The participation rate, being the percentage of the population in the workforce, jumped sharply. People are classified as unemployed either if they are employed people who lose their jobs or if they enter the workforce from outside in search of work. This increase in participation from the latter source is considered to be a positive for the economy.

The June quarter inflation figure came in at a more than 70-year low at  1.9%. The trimmed mean, preferred by the RBA because it strips out volatile items was less dramatic at  0.1%. As the price of oil and childcare comes back to previous levels, the next read should be strongly positive but of little concern on its own. December 2020 quarter inflation should be a better indicator of underlying demand.

Victoria has re-imposed strong lock-down restrictions on its residents. Queensland has instituted travel bans from most people outside of that state. Hot spots are emerging in parts of Greater Sydney.

China’s PMI for manufacturing came in at 51.1 against an expectation of 50.7 and the services PMI continued to be very strong at 54.2. These data, released at the end of July backed up the recent stronger GDP growth data.

China’s March quarter growth was  6.8% on an annualised basis and this jumped strongly to +3.2% in the June quarter against an expected 2.5%. The quarter-on-quarter growth in June was an impressive 11.5%. Both exports and imports beat expectations. It would appear that China is already coming out of its first quarter slowdown.

US June quarter growth came in at a massive  32.9% but some of this figure is due to a statistical aberration. In the US they calculate the quarter on quarter growth rate and scale it up to an annualised figure (using the compound interest formula). It does not mean that GDP is 32.9% less than it was a year before! Rather, Q2 was approximately -9.5% quarter-on-quarter growth. We fully expect a bounce back in the September quarter.

US Non-farm payrolls data reported 4.8 million new jobs created but that leaves a lot of US people who lost jobs in recent months still on the sidelines. The latest unemployment rate is 11.1% but this rate is less than the previous month’s rate of 13.1%.

We continue to believe that the US and other countries are coming out of the effect of the lock-down more quickly than many, including ourselves, however, there is a long way to go particularly as hot spots flare up and policy responses react accordingly.

The European Union has agreed on a 750 bn euro package to compensate members for the impact of COVID restrictions. There was an extensive debate because different member states wanted a bias towards loans over grants or vice versa.
Economic Update July 2020