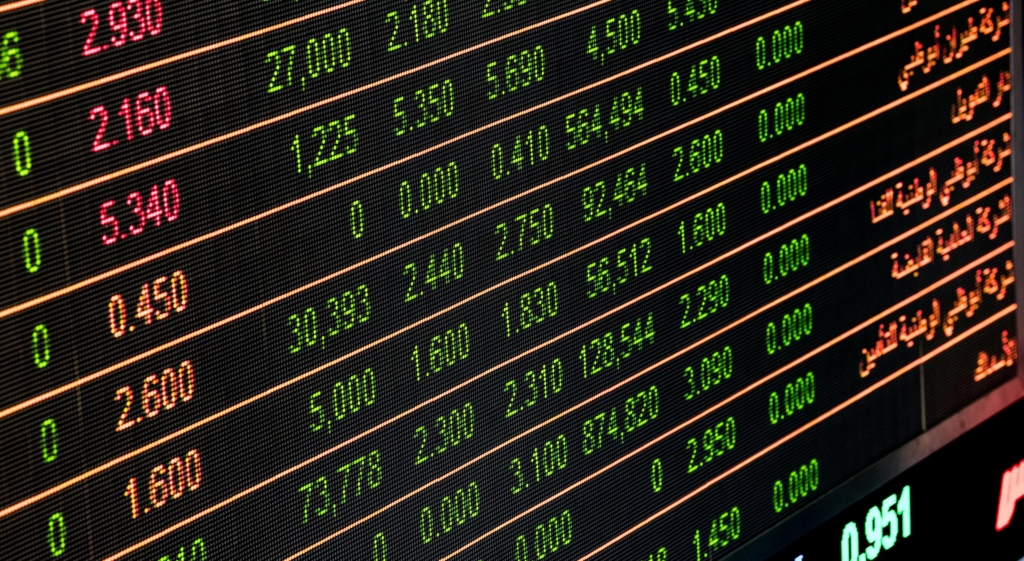 Within this month’s update, we share with you a snapshot of economic occurrences both nationally and from around the globe. The key summary points are as follows:

The ASX 200 and the S&P 500 reached all-time highs in July. Since then most major markets sold off by around 5%. Arguably, the catalyst for the sell-offs was a series of Trump tweets on tariffs and counter threats by China.

The trade war is causing market volatility but without any real progress on Trump’s demands. With the US presidential elections a little over a year away, Trump needs to get on top of this skirmish if he doesn’t want it to negatively impact his prospects of re-election in 2020.

Few in the Western world would disagree with Trump’s claims about China needing to respect intellectual property rights and the like. But Trump seemingly also has another agenda based on the strength of the US dollar. If a country’s currency depreciates, its exports get cheaper and imports get more expensive. Such a move typically helps trade balances.

While currency forecasting to any reasonable degree of accuracy is all but impossible, economists largely agree on the fundamental factors that drive currency movements in the longer term.

“Purchasing Power Parity” (PPP) is a theory that postulates that a currency moves to equate prices of goods that are traded between two countries. With inflation hardly a problem anywhere at the moment, PPP is currently not the main game in town.

The other major macro-theory is interest rate parity. If a country cuts its interest rate relative to another, its currency might be expected to depreciate as capital flows between countries. So, if two countries both cut by the same amount, the currency impact is neutralised! Hence the expression, “race to the bottom” as countries engage in ‘tit for tat’ rate cuts.

Speculation and expectations play such a major part in moving currencies, analysis can very much be clouded – and even thwarted – by other factors in the short and medium terms. Trump has stated that he wants the US Fed to cut its rate by a full 1% – even though the Fed is meant to be independent from political pressures. The US economy is currently quite strong – particularly in the consumption sector. US inflation is just above target and the unemployment rate is all but at a 50-year low at 3.7%. So, Trump’s call for a rate cut has more to do with wanting to weaken the US dollar for trade purposes rather than stimulating business investment at home.

Trump recently called China out as a “currency manipulator”. While interest rate policies could be thought of as being part of a manipulation process, economists are usually referring to a country using its foreign reserves to stabilise a currency by buying or selling its currency. This is not unique to China, many countries have done this previously, Australia did it in the late 1980s following then Prime Minster Keating’s ‘Banana Republic’ comment about our economy.

China does set its exchange rate each day; it is not a freely floating currency. But China could not sustain an artificially low currency for an extended period as it would eventually run out of foreign currency reserves. Indeed, many argue that any manipulation China is currently engaged in, is more likely helping to keep the currency stronger rather than weaker! In the case of Australia’s currency, it is usually also thought that commodity prices are a major determinant.

With iron ore prices historically high owing to supply problems in South America, there would seem to be more downside than upside risk in iron ore prices and hence our currency. Indeed, this view is supported by iron ore prices having fallen already by around 30% in August. While trying to trade on predicted currency movements can result in major losses, prudent long-term investors do need to consider possible currency risks. Investors can completely insulate themselves from any currency movements by using “fully currency-hedged” foreign assets.

On the other hand, by taking a completely unhedged position, an investor can take all exchange rate risk head on. As a result, many prudent investors will blend hedged and unhedged assets in a portfolio as deemed to be appropriate at the time. Australian jobs are holding up well however, while the Reserve Bank of Australia (RBA) seems to have a bias to reducing the official cash rate further it chose to leave rates unchanged at its September board meeting. The US Fed, on the other hand, is seemingly reluctant to cut rates by as much as Trump would like. That might put downward pressure on our dollar. Accordingly, some currency exposure in our foreign investments might be worthwhile. Perhaps a moderate leaning towards unhedged exposure might be appropriate. But, with bonds and cash not being a particularly viable alternative in portfolio construction, both domestic and foreign equities offer short to medium term investment opportunities.

After reaching an all-time high in July, the ASX 200 retreated somewhat in August on trade war and recession fears. Many Australian companies have reported well in this earnings’ season but we find that earnings’ forecasts from here (provided by brokers) are a fraction lower than they were before the August reporting season started. Unsurprisingly, defensive sectors fared a bit better than the cyclicals over August. With dividend yield expected to remain at about the average 4.5% over the next twelve months (with franking credits taking that “grossed-up” yield to just short of 5.8% (assuming an average 70% franking level) we think Australian equities remain relatively attractive all things considered.

The S&P 500 also retreated after reaching all-time highs in July. Although this market did sell off by nearly 5%, there were a number of very strong days in August as investors and traders tried to parse Trump and Fed statements. Two mass retailers, Target and Lowes, provided positive guidance adding to the notion that the US consumer is proving resilient in spite of trade tariffs. With UK PM, Boris Johnson, suspending parliament for five weeks prior to Brexit, some instability in European markets might follow.

The key “2-10 spread”, being the US 10-year bond yield minus the 2-year equivalent turned a fraction negative (a so-called yield-curve inversion) towards the end of August. While some consider this to be a good predictor of an impending US recession, we note that no such recession followed the 1966 and 1998 inversions. We believe predicting recessions is at best very difficult and more factors need to be considered than any one simple statistic. It does seem likely that the Fed will cut rates again soon – if not in September – and so bond yields are unlikely to recover for quite some time. The RBA held the official cash rate steady at its meeting in August but indications are that it looks set to cut again soon. The NZ central bank, the RBNZ, did a double cut of 50 bps in August. Some consider central banks are in a “race to the bottom” as they cut rates to try to get a break on rival currencies. Such a play, if it exists, typically does not end well.

Iron ore and oil prices sold off during August and gold prices firmed somewhat as its safe haven status continues to see it gain support.

The Australian unemployment rate stayed at 5.2% in the August labour survey release. Over 41,000 jobs were created of which 34,500 were for full-time positions. These are not the sort of numbers usually associated with an impending recession. The Westpac consumer sentiment index bounced back to 100.0 meaning that there were an equal number of optimists as pessimists (up from 96.5) and the two NAB business indicators were in positive territory. The additional tax rebates flowing from the Federal Budget are continuing to enter the economy and the two RBA rate cuts might soon filter through too.

China moved to make its Loan Prime Rate (LPR) “guided” so that, in effect, it becomes a floating interest rate. The main monthly China data release had all major indicators just miss expectations – but not by enough to cause a worry. Inflation did come in on the high side at 2.8% because food prices spiked at +9.1% owing to the impact of African swine fever on the price of pork. China has retaliated to some of Trump’s tariff hikes but so far, there has been little fall out from over a year’s worth of disruption. China exports surprised on the upside at +3% when a contraction had been anticipated.

The US jobs report came in with another very low reading of 3.7% for the unemployment rate and 164,000 new jobs were created. Perhaps the strongest US economic news was the retail sales read of +0.7% for the month – that followed three strong monthly numbers. There seems to be no reasonable indicator that the US consumer is hurtling towards recession. Indeed, the US consumer seems to be in a good space. US core CPI inflation came in above the target at 2.2%. Fed chair, Jerome Powell, is now in the unenviable position of trying to act independently when the economy is strong but the dollar is, perhaps, too strong and the market is expecting more cuts over the months to come. Currency targeting is in the Fed’s mandate.

The UK is moving towards a Brexit, come what may on October 31st. It is not unusual for a new PM to suspend parliament (proroguing) for a little while as he or she re-aligns the new ministers. Given that September is also the month for party political annual conferences, it is easy to explain away the five week shut-down but that then only leaves two weeks after the break to organise Brexit. Will the EU crumble at this pressure? It is not clear, so some market and currency volatility is likely. The European union is teetering on the edge of a recession. Even Germany is considering a fiscal boost to combat its economic slowdown.

Japan’s GDP growth surprised to the upside for Q2 with +1.8% (annualised) swamping the forecast of +0.4%. At the end of August, South Korea similarly posted a month-on-month GDP growth figure of +2.6% when only +0.4% had been expected. These spikes in Japan and South Korea growth rates may be because of switches in trade patterns induced by the US-China trade war. It may be many months before a stable pattern emerges. 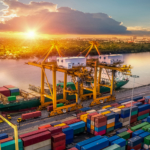 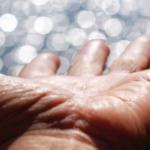