For the second straight month, major stock markets around the world made impressive gains. While some express the opinion that this rate of growth is unsustainable, we are of the opinion that nearly all of these recent gains just take us back to September – before the US Federal Reserve (the “Fed”) chair made comments that sent markets into a tailspin.

Since we have markets once again about fairly priced, we believe that the ASX 200 and the S&P 500 can continue to grow from here – but at a more modest pace – as if the October-February period had never happened.

Of course, Trump’s dealings over trade with China, his “Wall”, and the US government shutdown contributed in part to market volatility. The shutdown is now behind us as Trump compromised on the level of funding – only to lodge an emergency order for the rest.

While there are social issues concerning the Wall, there should be no major economic impact for Australian investors from here over its possible construction or funding.

China has agreed with making some changes on trade with the US. Trump removed the March 1 scheduled uplift in tariffs from 10% to 25%. A meeting between Trump and Xi in Florida is mooted for late March.

It is unlikely that Trump will get all he wants anytime soon but a start will be seen as a win for both sides. There have been issues with intellectual property (IP) and IT for decades so that won’t get sorted quickly. China has agreed to certain policy moves on its currency and increases in agricultural imports from the US.

The US jobs data were again particularly strong but some other data were weaker. There are major statistical issues in trying to interpret a vast array of data on a monthly basis. For example, Retail Sales for December were a major miss on expectations. But the massive retailer, Walmart, blitzed the market with its latest quarterly report released in the same month. Go figure!

The Fed has been very careful in managing expectations in recent times. It has even downplayed its moves on reducing debt levels. It seems unlikely that investors have anything to fear from the Fed in 2019.

The RBA kept rates on hold in Australia but, importantly, acknowledged that the next move in rates is as likely down as up. For two years it has been arguing that “the only way is up”.

We have argued over this same period that cuts would be beneficial and now we think we at last should get two this year – and the first one pretty soon (now that the RBA has softened us up!).

The Royal Commission into Financial Services largely left the banking structure intact. Mortgage brokers and some insurance businesses were, however, affected.
Our jobs report was also quite strong – more than 65,000 new full-time jobs were created in January. The real problems are not yet self-evident. We believe that future growth in Australia will be limited by the running down of household savings. Our savings ratio is close to pre-GFC lows and so we must pull in the purse strings.

In Europe, the UK is taking a line which might result in a delay to Brexit or, indeed, a second referendum in an attempt to forget the whole exit process. Both the Bank of England and the EU have downgraded their economic growth forecasts for 2019 but both are still comfortably above 1% pa.

We conclude that the political and economic backdrops are more conducive to market growth than they have been for many months.

The ASX 200 put in a strong month in January at +3.9% and backed that up with a +5.2% in February. Given that the long-run average capital gains in this market are about 5% pa, these numbers are big. But when the index falls in the fourth quarter of 2018 are taken into account, we are just back to around September levels.
The bank stocks did particularly well after the Royal Commission ended without any major impost on the banking structure.

The defensive Consumer Staples sector ( 2.3%) was the only one from 11 of the key industrial sectors to go backwards in February. The market is looking for risk and growth again! The 2018/19 y-t-d is well back in the black (+2.6%) when dividends are included.

All the major indexes put in a strong February and the ASX 200 was at the head of the pack – possibly because of the bounce in banks after the end of the Royal Commission.

Despite the massive gains on the S&P 500 since Christmas Eve, we have that market currently about fairly priced.

The CME Fedwatch tool for pricing possible rate changes in the US is now set at about 6% for a cut in 2019, 4% for a hike and 90% on hold. Sentiment can and does move quickly.

The RBA was on hold in February but we think it is likely to cut a couple of times in 2019 after Governor Lowe’s statements flagging a softening of the hiking stance. Westpac has also publicly stated a forecast of two cuts in 2019.

The jobs report in February was one out of the box. In recent times, expectations are usually for around 10,000-20,000 new jobs to be created each month. After a strong report in January, 65,400 full-time jobs were created in January. This was offset by a fall of  26,300 part-time jobs but who wouldn’t trade full for part time if that’s what the employee wants.

Wages growth did miss at +0.5% for the quarter compared to an expected +0.6%. Wage increases are barely beating inflation.

As the general election nears, the polls are changing rapidly. While there are many important issues at stake, it does appear that the Labour party’s policy of reducing franking credits and increasing capital gains tax are not popular. While we take a neutral position on politics, changes to how we should invest are inevitable if the status quo no longer applies.

China has been forced to the table over trade and IP protection. Whatever people think about Trump – the man – the President of the US has made inroads into the problems that are at hand.

The issues are immense. Not just trade and IP, but ‘owning’ the South China Seas and more are critical for a strong future for the world order. If the West does nothing, the position might deteriorate. But if the West tries to move too quickly, old folk know only too well what life could then be like. Just remember the public fear surrounding the ‘Bay of Pigs’ showdown in 1962 (Kennedy v Cuba) to know that we never want to witness such situations again.

China is agreeing to some changes and that is why Trump did not impose round two of the tariff hikes scheduled for March 1. The China Purchasing Managers Index (PMI) a measure of changes in industrial demand stands at 49.2 from the previous month’s 49.5. It is below 50 but, as an expectations survey, it is likely to be affected by the US-China trade talks discussions.

The US government shutdown ended with a compromise on the “Wall” funding. The March 1 tariff hike was averted and Trump went to Vietnam to have a summit with the North Korea leader, Kim Jong Un.

Some say that Trump has achieved nothing on this front but we wrote 15 months ago or more that Kim was trying to fire missiles over Japan – and the only good thing was they failed to get out of his territory. There have been no tests in the 15 months since that dialogue started. The problems, as with China, cannot be resolved overnight but the groundwork is being laid.

Trump did walk out on the Hanoi summit which was applauded by both sides of the aisle in the US Congress. Trump is not being bullied into a “bad deal” just to get a deal signed. The US Secretary of State has since confirmed negotiations are continuing.

We still think the US economic slowdown is still being oversold. GDP growth of 4.2% for Q2 was a high but a recession is not expected any time soon. The latest GDP growth for Q4 was 2.6% which exceeded the market expectations of 2.2%. This growth equated to 3.1% for 2018.

The Brexit debate has taken a turn with the UK PM, Theresa May, going back to parliament to renegotiate. The March 29 deadline is so close that some are wobbling at the knees. We do not pretend to know how the process will end but it does look like, as we always expected, that some sort of common sense will prevail.

Since the Radcliffe line was hastily instituted in 1947 to split “British India” into Pakistan and India, the peace has never been settled. Towards the end of February, both sides were shooting down each other’s military planes. At this stage the fall out to markets seems limited but all international conflicts must be taken seriously.
On a more frivolous note, Fox (US) TV was commentating on the (then) impending summit between Trump and Kim. The anchor stated that Trump had to fly half way round the world for the meeting but Kim “just had a couple of hours train ride” to make!

As the crow flies, North Korea is more than 3,000km from Hanoi so it seems like a train would take much longer to get there that a plane for Trump from the US! 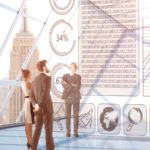 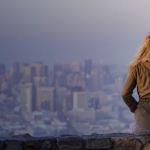