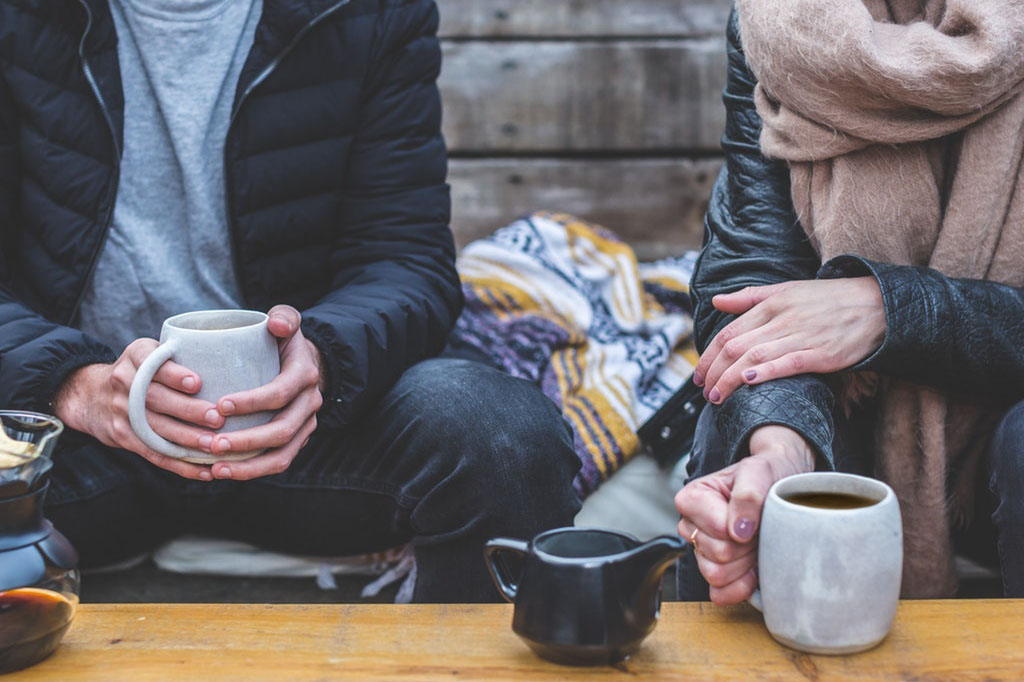 Good start to year for markets.

We expressed strong reasons for being optimistic about equities in 2020 at the start of this year. The ASX 200 and the S&P then raced ahead in January so much so that our overpricing signals came close to calling the need for a slight correction!

Coronavirus jumped out of the shadows towards the end of January and that was enough to check the markets’ strides. The ASX 200 still gained 4.7% in January while the S&P 500 finished the month slightly down.

At this point, not enough seems to be known about the virus to be able to make a meaningful economic assessment. However, there are good signals that China and the rest of the world are cooperating in finding a solution. Put in the context of other recent medical alarms such as SARS and Ebola, there is no sign yet that markets might not soon start to recover.

Of course, we had the added problem of major bushfires at home to contend with. Even so, our market climbed just about as much in January as in an average full year!

The Phase 1 trade deal was signed as expected on January 15th so that put the stoush between China and the US on the back burner. Brexit seems to be going smoothly – certainly far better than most claimed it would be in the three-year run-up since the referendum.

The Trump impeachment trial started with all of the fanfare of a three-ringed circus coming to town. Few expect a conviction and an exit for Trump. The issue is what impact there will be on Trump and Biden in the run-up to the November elections.

By and large the relevant global macro-economic data in January have been quite favourable. China’s key monthly indicators were stronger than expected. Its economic growth came in as expected at 6.1%.

While some point to a falling growth rate in China, it is prudent to place this change in growth in context. China’s economy has doubled since 2011 while our economy is only up around 20%. That means that the value added for China from an Australian perspective is massive at 6.1% p.a. compared to 8% p.a. or so a decade ago!

The US Federal Reserve (the “Fed”) kept rates on hold in January as expected. However, they did downgrade the word they have been using to describe their labour market from “strong” to “moderate”.

The latest nonfarm payrolls figure came in a little under expectations at 145,000 new jobs for the month of December against the predicted 165,000. The unemployment rate stayed at 3.5% (a fifty-year low) but the growth in wages dropped from 3.1% p.a. to 2.9% p.a.

We have found it hard to be any more positive about the Australian economy than “stuck in a rut” (but not dying). The latest jobs data were, in fact, a little encouraging. The unemployment rate dropped a notch to 5.1% and jobs growth was moderately strong. Indeed, the rate of increase in full-time employment has been (gently) accelerating.

Even our inflation rate hinted at some signs of life. The headline figure of 1.8% and the RBA’s preferred “trimmed mean” number of 1.6% are not far off the 2% to 3% band that the RBA targets.

Importantly, the IMF believes that global growth in 2020 will be 3.4% against 2.9% for 2019. That is, most indicators suggest that the “bottom” is behind us. Cyclical growth can start again!

The upcoming reporting season in Australia will shape the year to come. The US season, already underway, has had some standout successes but also some big failures. Our interpretation of broker-based forecasts of earnings growth in Australia (underpinned by company guidance) has strengthened to level around 5%, enough to support the view that the ‘endless summer’ looks set to continue, the caveat being that the Coronavirus outbreak is quickly contained.

There were big gains in most sectors of the ASX 200 in January other than resources. Even Financials posted modest growth.

The January gain for the broader index of 5% is around the long-term average for a full year. We have the market modestly overpriced but the fundamentals have been improving steadily since November.

Importantly the ASX 200 has already climbed above the highest end-of-year forecast we have seen in the media. With the February reporting season just getting underway, we will see if the January surge was misguided or if the commentators will be forced to upgrade their forecasts.

Of course, the full impact of the Coronavirus has not yet fully worked through. When it is difficult to estimate the economic impact of such a health problem, markets often over-correct presenting buying opportunities.

We see no new major downside to the market in the near future but we do expect growth to moderate. The ‘endless summer’ in the markets will one day end but based on our forecasts we do not see sufficient justification to rotate away from equities at this point.

The S&P 500 did not fare as well as the ASX 200 during January but new all-time highs were reached in January in both markets. The S&P 500 gave up all of its January gains on the last day of the month – and then a little more.

The December quarter 2019 US reporting season is well underway with the likes of JP Morgan and Amazon spectacularly beating expectations – so much so that the Amazon CEO, Jeff Bezos, reportedly added $11bn to his personal wealth on the day of that announcement. Amazon went on to rally the next day while the broader market was being hit by the Coronavirus.

Of course, there were misses too but our take of the season so far is that there is, on balance, support for this rally.

The US Federal Reserve (the Fed) was on hold in January as was largely expected. Interestingly, the CME Fedwatch tool that prices possible Fed rate changes off futures prices put the ‘no-change’ probability at 87% but interestingly the remining 13% was for a hike and not a cut!

At that time, the same expectations for the period up to December 2020 were only for 26% on hold; 3% for a hike and the rest for one to three cuts. The Fed’s statement said that they expect to be ‘on hold’ throughout 2020 before a new hiking round begins – but at a much slower pace than last time.

After the Fed decision, and the further impact of the Coronavirus, the end-of-year probability for being ‘on hold’ is now only 10.8% with 1, 2 and 3 cuts this year being almost equally likely!

The US 10-year bond rate was just over 1.9% at the beginning of the year but this rate fell to 1.6% at the end of January. However, the 2-year rate also fell so that there was no recurrence of the “inverted yield curve” that worried some in mid-2019.

The Reserve Bank of Australia (RBA) was widely expected to cut rates at the start of February but the recent employment and inflation data reduced that probability a little. We expect a cut in the first half of this year. It is not clear if the RBA will react to the Coronavirus situation.

The prices of oil pulled back over January as some degree of peace returned to the Middle East.

The price of copper also retreated but coal prices posted a modest increase.

The Labour Market Survey for December, reported in January, showed a fall in the unemployment rate from 5.2% to 5.1%. The consensus forecast was for an increase to 5.3%. However, the sample size for this survey provides for quite a wide tolerance in outcomes.

There were 28,900 jobs added in December but all of those jobs were part time. However, the official trend employment data that smooths out random variations painted a brighter picture.

While these ‘hard’ data have been positive, the Westpac Consumer Sentiment Index fell from 95.1 to 93.4. That is, there are more pessimists than optimists and 93.4 is at the low end of observations since the end of the GFC.

Going forward, we will start to see data more affected by the bushfires. We expect that, after some volatility in the numbers, government expenditures will return the overall economic data to previous levels.

The Coronavirus outbreak in the Wuhan area is a major concern. The World Health Organization confirmed on January 30 that the virus is now classified as a global threat. However, the press release emphasised it might well be contained in advanced economies. It is a far more serious problem for countries with weaker public health systems.

A forecast of China growth reported on CNBC TV for the current quarter was 4.5% which is well below the previous quarter’s 6.1%. Few analysts so far are calling for any long-term detrimental impact on the global economy.

The China manufacturing PMI index came in at 50.0 which was right on expectations. The survey was taken in mid-January while the virus was only just emerging. The next reading could be well down.

Retail sales were on expectations at 0.3% for the month but housing starts stormed home at +16.9% to a 13-year high. Q4 growth came in at 2.1% just above expectations.

Trump signed the Phase 1 trade deal with China and also the replacement of the North America Free Trade Agreement (NAFTA) arrangement between the US, Canada and Mexico. Canada’s president Trudeau is yet to sign this new United States Canada Mexico Agreement (USMCA).

Neither trade deal is thought to provide a major direct improvement to trade but they do take away a lot of uncertainty that had been clouding investment decisions.
The impeachment trial in the Senate is underway. Few expect the economy to suffer or for Trump to be forced out of office. However, it may well impact the prospects for Biden and/or Trump in this year’s elections.

Brexit is at last underway. So far there is much less negativity about the economic consequences than during the run-up to Brexit which occurred at midnight local time on 31 January. The UK now has until December 31st of this year to cobble together some new trade deals with Europe and the rest of the world. During this transition period it may well be the case that the UK puts together some temporary deals while better longer-term deals are negotiated.

The Bank of England kept rates on hold in a 7-2 vote of the policy setting committee. Most expected a cut or at least a much closer vote. We take this vote as a positive from the Bank.

The IMF shaved 0.1% off its forecasts for global growth in 2019 and 2020 to 2.9% and 3.4%, respectively, because of their perception of the India economy.  The important take away is that the IMF still expects 2020 to be noticeably stronger than 2019. Perhaps the next cyclical upswing is underway – notwithstanding the Coronavirus outbreak. Naturally Q1 of 2020 might see a health-related pullback in growth delaying the start of this next upswing. 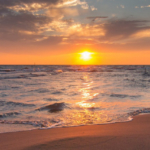 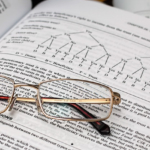