Markets remaining bullish!
Global recession fears not abating
US Fed on hold for 2019

RBA acknowledges rates may go down in Australia

We hope you find this month’s Economic Update as informative as always. If you have any feedback or would like to discuss any aspect of this report, please contact us/

After two very strong months on global stock markets, which completed the recovery from the correction in the December quarter of 2018, markets were flat to positive in March. That behaviour was inevitable but the narrative surrounding the end of the recovery was somewhat of an over-reaction, in our opinion.

The US Federal Reserve (Fed) last raised cash rates in December 2018 and then forecast two more hikes for 2019. At the March 2019 meeting, the Fed signalled no more hikes in 2019 and the markets started pricing in the possibility of cuts. There was heightened talk about a global slow-down causing this change in stance.

Possibly precipitated by the Fed policy, ‘the US yield curve became inverted’ on March 23rd. Usually, the short-term interest rate – such as the 90-day-bill rate – is below the rate at the long end – say the 10- year bond rate. When the short rate is above the long rate, the so-called yield curve is said to be inverted.

Inverted yield curves are rare and are often associated with an impending recession. The last time the US yield curve was inverted was in mid- 2006 before the GFC but we think the 2019 version is different.

An inverted yield curve is usually caused by the central bank jacking up its short-term rate while the interest rates on longer term instruments such as Government bonds moves less because they are tied to inflation expectations. That’s what happened in 2006 but not in 2019.

The current US cash rate is about half of what it was in 2006. This time, it was the interest rate on longer term instruments which fell on the news that the Fed had stopped increasing the cash rate as inflation was not, in their view, a current issue!

No one is suggesting that there is a causal link between yield curve inversion and recession. Rather, both are usually caused by common factors. At the end of March, the final estimate for US economic growth in 2018 came in at 2.9% which is comfortably above even moderate levels.

At home, our central bank, the RBA, kept the official cash rate on hold. But the economic growth figure for the December quarter of 2018 (Q4) came in at only +0.2% only days after the RBA interest rate announcement. The RBA’s expectation was for +0.6% for Q4 and 3.0% for 2019. The market too predicted +0.6% for Q4 a few days before the data release but cut that forecast to +0.3% the day before. RBA Governor, Philip Lowe, stated that “it’s hard to see a case for a rate hike this year”.

The situation was not helped when the US jobs data was particularly soft. Only 20,000 new jobs were reported in the month of February but that month’s employment was affected by the partial government shutdown caused by Congress’ failure to agree on spending. The jobs’ report was delayed in its release because the data collection agency was also affected by the shutdown. This data announcement might well be revised upwards. The new reported unemployment rate was down to 3.8% from 4.0% and wages growth came in at 4.3% which is the highest since the GFC. Consequently, we are not in the naysayer’s camp as these economic data announcements are continuing to confirm robust growth in the US.

Naturally China played a big role in shaping the broader views of economic prospects. The official China growth forecast for 2019 is in the range of 6.0% p.a. to 6.5% p.a., a fraction down on the 2018 outcome. But in an attempt to stimulate the economy Chinese authorities have cut the (GST-equivalent) value added tax (VAT) rate to 13% from 16%.

The China-US trade talks resumed at the end of March. There appears to be widespread hope of some sort of resolution to the impasse – but just not yet.

The Brexit negotiations are now outdoing even the best of the Monty Python sketches. The UK PM took the same bill back to the UK parliament for a third vote after it had failed twice. She had offered to stand aside if that last vote had been successful and stay if it failed!

We still think the fundamentals of the ASX 200 and Wall Street are strong but all eyes will be on the latter’s Q1 reporting season that starts in a couple of weeks.

We assess the local market as being about fairly-priced at the moment. With the next reporting season four months away, the market will be more reliant on the macro and political picture than company news at least in the interim.

The Australian Federal Budget, due on April 2nd, could well provide some fiscal stimulus that will help both the economy and the market. With the Federal election looming (forecasts are for May 11 or May 18), the government may well wish to announce some electoral sweeteners to kick off the full election campaign.

The S&P 500 posted a gain of +1.8% in March making it three strong months in a row – and the best opening quarter since 1998! We have that market fairly to fully priced but their next (quarterly) reporting season is only two weeks away and will provide more insight on longer term valuation.

With some investors and commentators focusing on a possible recession in the US, the company outlook statements will be key to the medium-term future of US shares.

In spite of the failing Brexit negotiations, UK equities posted a strong March (+2.9%) but the German DAX struggled with a +0.1% gain on a slowing economy.

The Chicago Mercantile Exchange (CME) Fedwatch tool for pricing possible rate changes in the US is now set at about 34% probability for no change in the US cash rate in 2019 and 41% chance for one cut in the cash rate, 20% for two cuts and 5% for three cuts! There is even a slight chance (0.6%) given to their being four cuts in the rest of this year! This distribution represents a significant change to the down side in expectations for US cash rates from expectations in February.

In Australia, the RBA official cash interest rate was ‘on hold’ at 1.5% in March but we think the RBA could cut the rate a couple of times in 2019. With the Budget in April and the election in May, it may have to wait until June for its first opportunity to make the first cut. If this were to occur, we expect the second in rapid succession.

In Europe the European Central Bank (ECB) has further delayed its plan for a rate rise. The softness in the key German economy being a contributing factor.

The price changes for the major commodities were quite mixed: oil was up 3% while copper was down by a similar amount. Iron ore was flat and gold was down nearly 2%.

The Q4 GDP reading came in at +0.2% making economic growth for a second half of the year at a modest +1.0%. However, a strong start to 2018 produced an acceptable +2.3% for the year. In 2019 it could be a different story if the moderating trend continues.

The Westpac’s consumer sentiment measure dropped sharply below the 100 level to 98.8 from 103.8.

If the RBA does cut the official cash rate twice this year and the April Budget produces a reasonable fiscal boost, the risk of a recession in Australia this year at least is substantially mitigated. However, if both monetary and fiscal policy fail to address the current moderating economic situation then our economic prospects will be more subdued.

The People’s Congress published an economic growth forecast range of 6% to 6.5% for 2019. The Congress usually gets what it wants!

It is planning to promote growth through a cut in indirect taxes and an increase to infrastructure spending. China’s trade data were again out of line with expectations but this variance is quite likely due to both new and possible tariffs and the ongoing trade negotiations with the US.

China’s increase in soybeans and auto imports from the US helped produce the biggest cut in the US trade deficit for 10 months hence it appears some changes in trading patterns are underway. The trade talks with the US resumed at the end of March.

The manufacturing PMI (Purchasing Manager’s Index – a measure of confidence and demand of companies) jumped 1.3 pts to 50.5 after three months operating below the 50 mark. A reading below 50 indicates a contraction a reading above 50 indicates expansion.

The Mueller report concluded that US President Trump did nothing illegal in the widely-discussed Russian attempt to influence the US 2016 election outcome. Trump cannot be impeached on that but the Democrats are still looking for angles to discredit the president.

US retail sales came in at 2.3% for the year. All in all – when data glitches are accounted for – the US economy is not heading for recession in 2019 – in our opinion!

Unlike in the US, European growth is slowing and it needs some stimulus – as does Australia – to avoid a bleaker future. Some of the growth problems emanate from Trump’s tariffs on German cars. It is not just China that is in the cross-hairs of US trade policy.

The Brexit saga should have ended by now. It was all due to be resolved by last Friday, March 29th but a short extension to April 12th was granted. The UK Prime Minister, Theresa May, continues to try to get a resolution but it is appearing to be bordering on the impossible. A number of choices were put before parliament but all were rejected!

A major stumbling block is the treatment of the Eire – Northern Ireland border as the southern Irish Republic will stay in the EU. Moreover, UK Prime Minister May’s government relies on the support of the Northern Ireland conservatives in her coalition majority. After decades (and centuries) of disharmony that was resolved at the Good Friday (1998) Agreement no one wants to return to the bad old days of disunity in Ireland.

Turkey continues to be embroiled in economic and political crises. In the last week of March, the swap rate for the lira (an interest rate for borrowing the currency overnight) touched 1,000%. At least our economic problems are manageable! 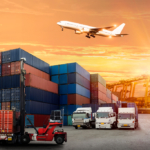 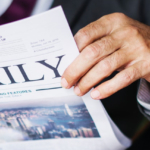